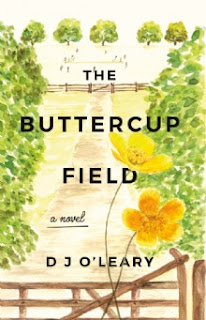 The Buttercup Field is the debut novel from author D J O'Leary.

Warren "Tolstoy" Pearce inherits the manor house of his godfather, he also inherits the cricket field. But along with his inheritance there is also a major problem that comes attached to it.

For the land he now owns borders the Buttercup Field, which is a small strip of land that separates his cricket field from the road.

Jack Bentley, a local farmer, has laid claim to this piece of land on the behalf of the parish council, who fully intend to use the land for residential development.

The villagers are up in arms over the proposals, but despite their spirited opposition, it looks as if the plans to develop the land will go ahead, any way.

But a small candle of hope flickers when a public enquiry is called to look into the matter.

Both sides prepare their arguments, but then documents come to light that cast a shadow of doubt over the whole proceedings. The documents purport to dispute the real ownership of the land.

Who, then, is the real owner of the Buttercup Field? Who, ultimately, will be the victor? Jack Bentley, the parish council and the developers? Or someone else entirely?

And why were two furtive figures spotted, at the dead of night, digging in the field, by Ned, a retired farm worker?

It's a warm and humorous book which is also of a very human scale.

This book has been in the writing for 29 years and I, for one, am glad that it has finally ripened to full maturity!I do hope we don't have to wait 29 years for the next book by D J O'Leary!

It's published by Matador at £8.99 and deserves to be on the best seller's lists.