A Bunch of Wild Roses 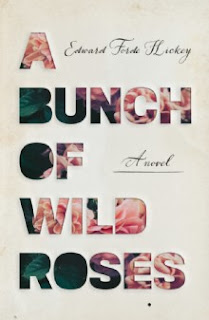 A Bunch of Wild Roses is a new novel from the pen of Edward Forde Hickey.

It is set in the fictional surroundings of Rookery Rally, in northern Tipperary, Ireland.

It pays homage to the rural communities of Ireland, where although poverty was a reality for many of the inhabitants, the people were, in general, fairly contented with their lot in life. They made the best of what they had.

The story opens not long after the dreadful famine that swept Ireland, and we witness the arrival of Dandy, a man of Galway, as he arrives in the community of Rookery Rally.

We follow him and the other residents of the area, look at their colourful lives, how they work and live together during a time that, to modern day eyes, seems strange, almost alien, as one might say.

The stories cover a period of time from the 1860s right through until 1930. Although it spans 70 odd years, the times they lived through did not change all that much in the rural community of northern Tipperary. Changes came. Of course they did. But not at any great rapidity.

Readers will follow the life and times of the Spallidagh family and the people that they know and who they lived and worked with.

The book is written in such a fashion that it is episodic and almost diary like in its construction and style.

It's almost as if we, the readers, enter into a dreamlike world in which we take a peek back at times that might have been. Although the book is presented as a work of fiction, it's clearly more than that as it contains many great truths and reflects the early life of the author as he lived in a community very much like Rookery Rally, in Dolla, northern Tipperary.

I think RTE should take an option on turning this into a television series.
Posted by Martin S at 22:12 No comments: 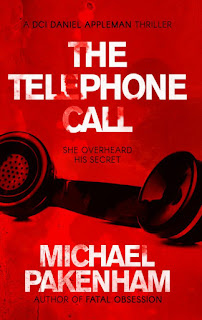 The Telephone Call is a new DCI Appleman thriller from Michael Pakenham.

All seems perfectly well and ordinary in the life of Rosemary Sherwood. Until she overhears a very troubling phone conversation between her husband and someone else. As a result of what transpired, her life is altered, irrevocably, for good.

Harry Sherwood threatens to kill their son if she mentions anything about what she overheard. As a result of this threat she flees to France, scared for her life.

Twelve years on and she is conflicted. On the one hand, she wants to remain safe, but on the other hand she feels a need to establish a re-connection with her son who she has been estranged from.

But surely now she should be safe from the threat her husband had made? But the truth is the situation, made worse by years of deception, lies and intrigue, is now even more desperate. As Harry and his cohorts will do anything to make sure their secrets are not exposed. And as they have already committed murders, it's probable that Rosemary's life is still at risk.

But they hadn't counted on the intervention of private detective Daniel Appleman, who is a former DCI.

But can ex-DCI Appleman trace the group of men before they can continue to cause mayhem and bring more harm to Rosemary and her family?

This is a wonderful thriller from a master of the craft and it's due for publication by The Book Guild on 28th January.