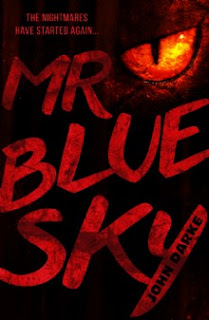 Rebecca is single and in her mid thirties. She is in the employ of her uncle, working in a chemical storage warehouse.

The dreadful, terrifying nightmares have recommenced. She cannot cease to dream of Him.Who is Him? He was an ape-like creature who had saved her life when she was a child, when she went into the woods by herself. In secret they become best friends. But who or what was he>

Disaster strikes her family when Rebecca's father takes the decision to tack Him down in the woods. He dies on the hunt. Although someone is blamed for the murder, but Rebecca believes that He was really responsible for her father's slaying.

After years of therapy and counselling, Rebecca still believes that He was the one responsible for the murder.

In order to stop herself from going mad, Rebecca must find out the truth one way or another. Firstly, she needs to establish if He is a real, living creature.

Her quest for the truth takes a shocking turn and she decides to return home to finally confront the situation and to discover he truth of the situation once and for all.

But what if what she discovers is more terrifying and dreadful than her worse nightmare? How could she cope?