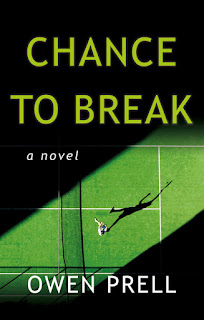 It's the beginning of summer, but San Francisco realtor Trevor Davis really doesn't care that much. Because his life has gone to Hell.

His wife has divorced him and, of course, has taken custody of their two teenage daughters. And due to the terrors unleashed by the 2008 sub-prime mortgage debacle, he is now more accurately described sd s former realtor, with nothing left of his former once successful business but a bankrupt husk.

Well, why not seek some solace on the courts playing his beloved tennis? Wrong again! Even that simple pleasure has been snatchyed away from him.

Why it's almost enough to make a fellow take a hazardous overseas trip! Which is exactly what Trevor does...

It's set during Wimbledon's opening days, when an apparently normal game of tennis between two men sems to show no sign of reaching a conclusion.

Its a high energy mixture that draws on the 1970s economic failure that crippled Britain, the first economic slump of the 21st century and wartime occupied France.

The book ia a melange of opportunities missed and taken, of pain, heartache and loves of different types, gay and straight, between parents and between friends.

It's published at £8.99 by The Book Guild and will make an ideal summertime read.
Posted by Martin S at 16:30 No comments: 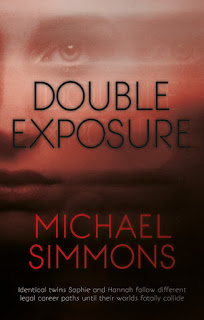 Fans of retired lawyer and author Michael Simmons will be pleased to learn that his new book, Double Exposure, is published by The Book Guild.

Identical twins, that's Sophie and Hannah! They have a bond between them that some would say is psychic.

They were known as tearaways in their youth, but they manage to sort themselves out and depart for life as university students.

They decide to step away from each other and try to be less twin like, one could say.

Sophie decides that she wants to be something big in the city and become a high flying legal eagle, but Hannah doesn't think that would be her cup of tea, and she decides to embrace married life and a slightly less exciting law practice in suburbia.

However, it is Hannah who finds herself suddenly pitched inot an overly exciting series of  events when she takes on as a client the wife of  a Russian oligarch.

Her client is an angry woman and things suddenly begin to go downhill. There are a series of deaths that are both horrendously violent, yet apparently inexplicable.

There are legal battles in courtrooms and then illegal battles across Europe, with a breathtaking chase the length of Europe that ends up in a major battle that breaks out in a charming village in rural Italy.

It's a book that is a romantic legal thriller, and it's one of those books when your reviewer has to be careful not to give too much away, so it remains for me to say "buy this book at the amazingly moderate £8.99 and you'll be in for a real treat."

How Did I Get Here? 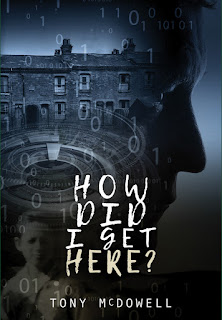 How Did I Get Here? is a book that could be an exciting fictional tale, but it isn't. It is, instead, an exciting factual tale.

In it, computer, internet and cyber security expert Tony McDowell writes a riveting story of how he did get to where he is in his life.

He did not have a very auspicious start in life, his family didn't have much money and was beset with problems in their back-to-back house in the Midlands city of Birmingham.

He was brought up with a series of hopes and promises, all of which were smashed like a bag of lightbulbs being dropped.

Rather than being crushed down by these setbacks, only child Tony decided that he was going to succeed in spite of every setback.

He took the decision to leave school early on the strength of a job offer to enter the then extremely new field of computing, right at the beginning in the mid-1960s.

He became a computer programmer and absorbed the complex computer languages that the behemoth devices of those days required to keep them running.

He took up a very good job offer in South Africa, but found himself troubled by life under the apartheid regime.

However, success in his chosen field meant that he could return home to the UK and to fulfil the dream of running his own business.

His efforts paid off handsomely and his business grew to the point that, unless he actually wanted to, he need never work again.

However, his life was to take a different turn when, after a chance meeting, he was introduced to the world of IT security and the use of hacking for benign and altruistic purposes.

He launched a new business and pretty quickly it grew to the point that received so much attention that it soon garnered an offer to buy the business.

It's a fascinating and extremely well-written book and at £11.99 it is a very good read. Am I biased because I was born only five miles away in another suburb of Birmingham? I don't think so. To find out, you'll have to buy the book (it's published by Matador) for yourself!
Posted by Martin S at 18:26 1 comment: 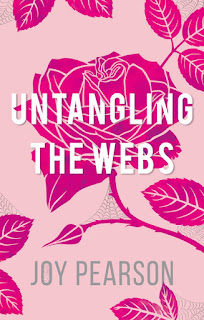 Untangling the Webs is a relationship novel with a difference, because author Joy Pearson has brought her readers a novel that is not only about relationships, but also a thriller, too.

It tells the stories of women and the men in their lives. There are Alison,  who is an interior designer, who is single, Julia, a married beautician, Phoebe, a widow who is nor without funds, plus Trudie, a stress counsellor, who is also a widow.

They work through a number of issues that impinge on their lives in a number of ways. Poor behaviour, deceit, cheating, shocks and stakers.

It careens through hearts being dented, if not outright broken, mistakes, some seriously stupid stuff  and shows how you really can't keep a good person down, no matter how hard you try!

The women in this novel are there for each other and it works very well on several levels.

Joy Pearson is an exceptionally gifted writer who brings the lives of her characters to vivid life as they try to find some joy and happiness, again.

Will they succeed? You'll have to read the novel to learn that, but Joy Pearson has the knack to make you care enough to keep turning the pages.