Wise Me Up To Cold Calling 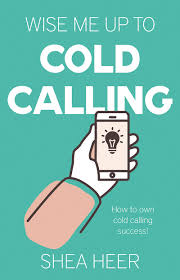 Wise Me Up To Cold Calling is a fascinating book from businesswoman Shea Heer.

It tells sales staff all they need to know about the cold calling sales technique. What makes it such a challenge, why it can appear to be so scary, and how to get over the fear of making cold calls on business prospects.

Shea has two decades of experience in business and she has trained many sales professionals in the art of the cold call sales technique.

Using some examples culled from real life, Shea uses her book to explore the natural human reactions and to assist her readers to learn about and understand why people react to cold calls in the varied ways that they do.

Readers are encouraged to examine their own behaviour patterns and to identify how they can achieve greater results. Especially with the important field of telephone lead generation.

This book is small enough not to intimidate, but big enough to contain a lot of highly useful information, but in a very readable style.

She points out what sales professionals should do and also what they should not to both before, during and after the sales call.

It is published by The Book Guild. Incidentally, if you run a sales department, you will need to buy multiple copies of this book for all of your sales staff.
Posted by Martin S at 14:30 1 comment:

The Dreams of the Eternal City 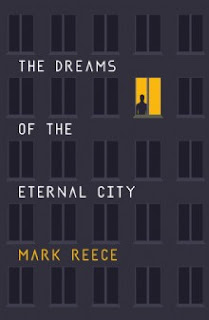 The Dreams of the Eternal City is a dystopian Science Fiction novel from Mark Reece.

What would happen if you were an enforcer for a sinister organisation that, as part of a government scheme to bring about economic growth in Britain, forces the populace to follow the Sleep Code, part of laws that regulate when people have to sleep?

And what would happen if you, yourself, developed a sleep disorder?

This is what happens to Ethan Thomas, sleep enforcer in the harsh economic realities of the Britain of the year 2040.

Ethan is a dedicated, fanatical employee, driven to pursue sleep criminals and his own, lazy colleagues. Often to the detriment of his own personal life and his relationships.

Due to his hard driven nature, his superiors believe him to be the ideal candidate to work on a new project which is aimed at rooting out a group of dangerous subversives who are working to undermine the very foundations of the Sleep Code.

Ethan finds himself involved in matters that were beyond his ken. The secret services and shadowy groups and individuals with loyalties that are at best questionable make him question himself and what he is doing.

Then Ethan develops a sleep disorder and becomes the type of person he was previously dedicated to investigating.

He begins to realise that the way the law is enforced is not honest, that the system is quite corrupt.

So, what can Ethan do? Can he still remain loyal to the system that he passionately believes in? If he does, can he be true to himself?

This book is a very compelling read and will make a great Christmas gift for any lover of intelligent, plot and character driven Sci-Fi, who likes a good read.

It's published by Matador and Mark Reece is a name I will have to keep an eye out for.

The Song of the Lost Boy

The Song of the Lost Boy is a novel from Maggie Allder that tackles the twin evils of persecution and homelessness.

It explores these problems through the eyes of a young boy, Giorgio.

He lives in an encampment for the homeless on the edge of the city of Winchester. He has become separated from his mother and father so he determines that he will set off on an adventure to find his parents.

However, the country has devolved into a neo-fascist nightmare which adds to his problems. After all, what clues does he have? He knows his name, he has a necklace and he recalls a fragment of a song that he remembers.

He follows these clues, ever-mindful that if he attracts the attention of the authorites they would put him into the care system.

What does he find out on his journey of discovery? He meets some very interesting companions, many of whom are homeless for a variety of reasons.

Does he find his parents? If he can't, can he find some kind of resolution in his young life?

The Old Dragon's Head is a new fantasy novel from author Justin Newland. 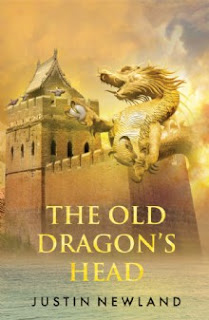 Set in the China of ancient days, the novel tells the story of the Great Wall of China and the Dragon Master of that era.

A Dragon Master is given birth to. He is imbued with heavenly powers, and he is the only person who can summon the Old Dragon, but only if he is in possession of the special dragon pearl.

However, all is not right. In the year 1400 the Old Dragon, the dragon pearl and the Dragon Master himself have not been seen for two decades.

Bolin is a young man who is troubled by visions of ghostly apparitions. It is believed that he has paranormal gifts.

Bolin's Lord, the Prince of Yan, rebels against his blood nephew, the Jianwan emperor which brings about a bitter war to see who will succeed to the throne.

But the Dragon Throne can only ever truly be earned by a Heavenly Mandate and with the support of the Old Dragon.

But who, or what, is Bolin? Is he the Dragon Master? If he is, can he help save China?

It's an exceptionally well-written book which takes one back to the China of the year 1400.

It's published by Matador at £9.99 and will make an excellent Christmas gift for those who enjoy fantasy, but which has a basis in reality.