Designs of a Gentleman 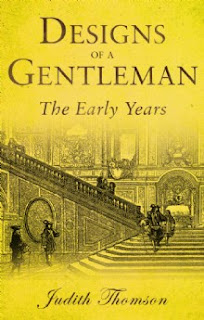 Designs of a Gentleman is a prequel to Judith Thomson's Phillip Devalle series.

It's 1662, Charles II as been King for two years. Restoration England was an exciting place to be. But it was also a pl;ace of opportunity for ambitious young men such as Philip Devale.

Philip Devale was the young son of an earl who had decided to travel to London in a determined effort to make something of himself.

There had been the plague, the great fire of London, a war against the Dutch and there were politicians who were plotting and scheming top make sure they would come out on top. There was also the spectre of religious hatred and intolerance.

Throughout the years filled with adventure that were before him liker an open, yet unwritten book, Philip learns that not all people in Court are honest, that there's a dark side to it and that he must keep his wits about him as he fights in the army of the Sun King and is a courtier in England.

It's a novel that is well researched and well written and will be a welcome novel on the bookshelves of lovers of historical fiction.