It Wasn't Me, All Right? 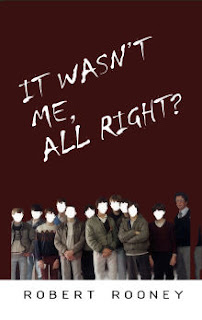 Retired teacher and former school principal Robert Rooney was teaching at what was described as one of the most notorious schools in Belfast during "The Troubles" in his book It Wasn't Me, All Right?

Although intended for pupils who shad "moderate learning difficulties", Robert taught those pupils who were viewed as "failing" in mainsteam schools. The result was an intake that was made up of an eclectic range of intelligence, ability and behaviour.

The story of what happened is written in a manner that, although treating the subject matter with concern and  taking it seriously, treats it with a wry humour.

See how Robert, as a young teacher, learned to deal with a 6 foot tall pupil or wanted to fight him, with his belt wrapped round his fist, how to deal with troublesome pupils on the school buses, how to trick pupils into enjoying art lessons, and all this against the backdrop of "The Troubles."

It's a book that is witty, intelligently written yet with a certain amount of pathos, too.