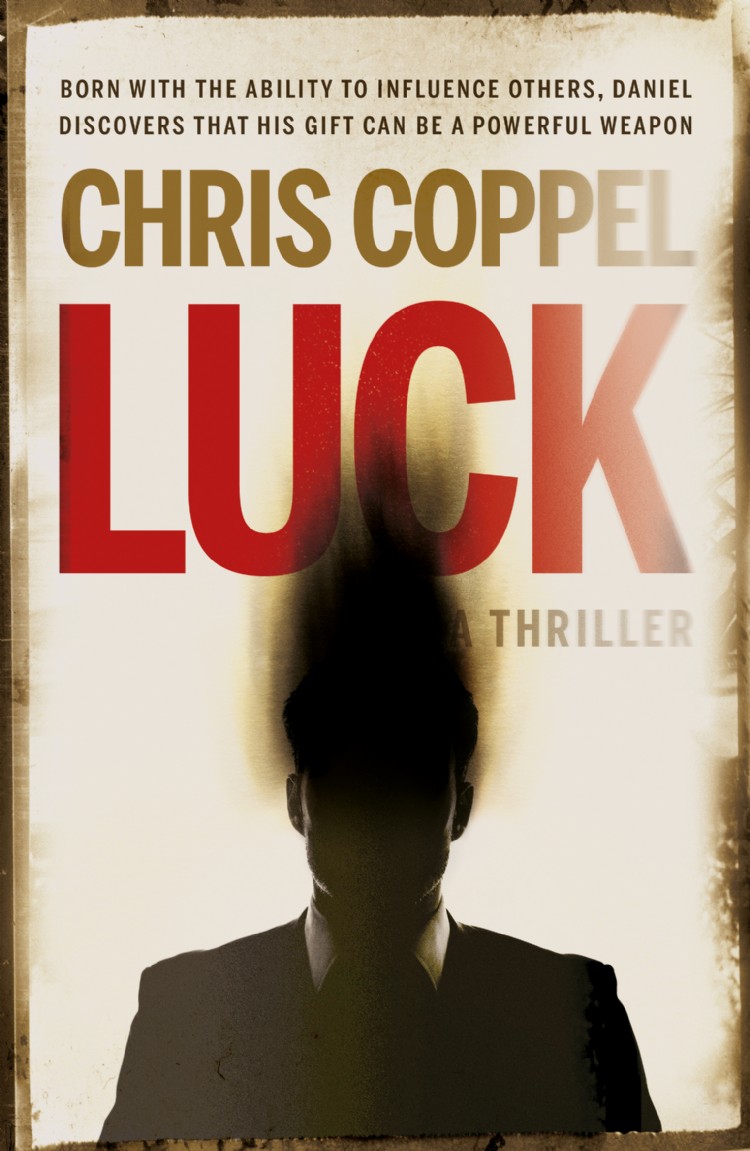 What would you do if you had the uncanny gift to influence other people? To get them to do your bidding, without them even realising what was happening to them? Or why they were doing what they were doing?

This was the situation facing Daniel in the new thriller from Californian-born author and scriptwriter Chris Coppel, Luck.

Daniel learns that his strange power can be used for good or for ill. As his ability grows in strength, so does Daniel's desire for acceptance and power.

How can Daniel achieve his ambitions? He eventually realises that the best vehicle for his ambitions would be the political stage of the United States of America.

Once he moves into the murky world of politics he soon realises that he no longer needs to concern himself with influencing the few. Now he can begin to unleash his power to influence others to control the minds of the mass population.

However, can he do this without it having any determinantal impact on his own psyche? Is it a gift or is it a curse?

The story begins before Daniel's birth, with the apparent death by suicide of his parents. Why did they do it? Why did they smile at each other at the moment of their deaths? Had they had a premonition? Had a force beyond them dominated their lives to the point of ending them?

This novel is a thrilling and chilling account of what happens when power does not corrupt but utterly destroys. The author uses his skills and experiences with scriptwriting to bring the big screen onto the printed page.

Read this novel and you'll be thinking about it for a very long time.