River Baker and the Warriors of Rala 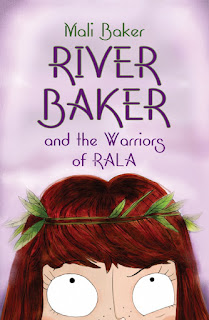 River Baker and the Warriors of Rala Mali Baker's debut fantasy novel is a wonderful read and is aimed at children ages nine years and over.

There is a purpose behind this book. The author's noble intention is to promote the concept of belief and faith in the self.

River Baker is eleven. And, to be truthful,  she is not very enamoured of the idea of spending a long, potentially very boring, weekend at the home of her grandparents.

However, it suddenly ceases to be boring because River discovers the key to the room of her Great Aunt Violet. A room which she is forbidden to enter.

Unlike her twin sister, Kit, River is somewhat rebellious and she dares to use the key to unlock the door and enter the forbidden room. Follow closely by her twin.

However, what they find is something utterly mindblowing, they find a hidden, secret portal into the secret world of RALA.

When the two sisters enter RALA they find it to be a world in tumult, Eleon, a giant, has absconded with a crystal of great power which imbues the person who possesses it with the power to journey between worlds.

Eleon decides to kidnap Kit and River must take her courage to help save her sister from the giant.

She seeks the assistance of the Warriors of RALA. They reveal the shocking information that River's Great Aunt Violet had been a Warrior Princess who had vanished 56 years earlier when she had been travelling to RALA.

With the assistance of her Warrior Friends River discovers that, just like her Great Aunt, she is also a Warrior Princess and that she, too, possesses special powers.

What she must do is to learn to believe in herself and to trust herself. Then she can face the challenges of being a Warrior Princess, saving her sister, defeating Eleon and returning home with her sister.

But there are some more surprises for the twins before the end of their adventure.

It's published by Matador Children's Books at a very modest £7.99 and is a remarkable debut novel from a new voice in children's literature. 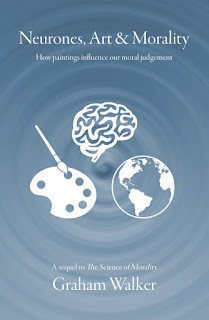 Neurones, Art and Morality is a new book by Graham Walker.

It takes the reader inside the brain of a person who is viewing art.

In his very interesting book, Walker applies up-to-date, modern scientific research into the biology of the human brain and mind to explain the impacts of art on the human mind.

It also takes a look at how artists employ brushstrokes, how they employ colours and different shapes to work with an,d to an extent, manipulate, our emotions.

It also deals with the concepts of how art has been used to morally guide the illiterate and, more latterly, used as a propaganda tool and as a way to promulgate protests.

It also looks at how the neurological system plays a role in how we view art and how it relates to our moral development and also how this impacts on communities throughout history.

Graham Walker employs his expertise as a head and neck surgeon and the holder of a Masters degree in ethics to produce this book which, although it is academically rigorous it is also highly readable.

It is also very well illustrated with examples of art that are used to prove the points of the thesis.