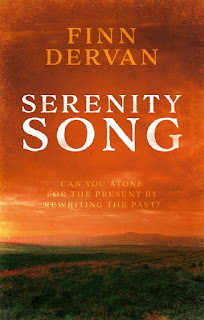 In Serenity Song the new novel written by Finn Dervan opens in Ireland in July 1921.

The war in Ireland had pitched the country into a terrible conflict, when anyone might be shot in the back of the head and not know the reason why.

A policeman is murdered and a secret is hidden away.

Terrible atrocities were committed by both sides, lifelong friends became sworn enemies and people who would previous have been considered as an enemy were suddenly on the same side. Or appeared so to be.

A full century later James Lucas wants to find that truth. To reveal that truth.

But does he? Exactly how far will he be willing to go to find that truth and to reveal that truth?

And what, exactly was the truth?

Should it be revealed?

This is a stunning debut novel and the story it tells is an important one.