Of Crime and Humanity 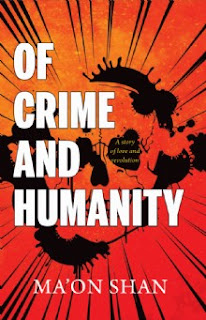 Set against the backdrop of the Burmese revolution, Of Crime and Humanity by Ma'On Shan is a political thriller that you will be talking about for time to come.Her mother is killed by a landmine whilst she was fleeing from soldiers, a young Burmese woman joins a resistance group that is based on the border between Burma and Thailand.

However, the group follows the pragmatic teachings of Aung San Suu Kyi, know throughout Burma as the Lady.

Aung San Suu Kyi was praised round the world as the person who liberated Burma. But her fall from  grace has caused many people to question if she really was the Lady who rescued Burma.

Ma'O Shan uses Of Crime and Humanity to offer education and enlightenment as to the truth of what happened by telling the adventures of the Burmese girl.

The story is a story of how those apparently dedicated to protecting the people actually use violence, rape, intimidation and enslavement just because they can, how seemingly ordinary people attempt to fight back to regain their humanity.