Buy my book, please! "No Lips to Scream With", a collection of short stories 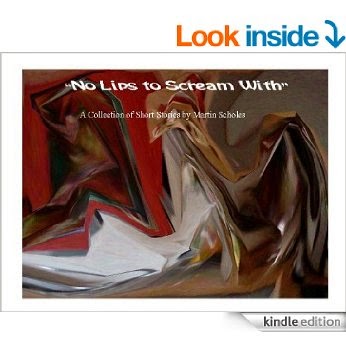 "No Lips to Scream With" is a collection of short stories that I have published through The Rann Street Press and Amazon's Kindle.

Included is the story: "No Lips to Scream With." What happens when you need to scream, but you suddenly find that your lips are missing?

To order please visit the That's Books and Entertainment book shop on the right hand side of this site and type in: "No Lips to Scream With." 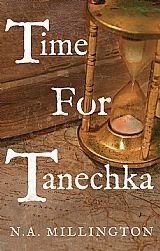 Time for Tanechka is a captivating novel by N. A. Millington.

It tells the story of how Arthur Benjamin who, at such a low point in his life that he contemplates ending that life, is shown another way by the enigmatic owner of an antique shop. Harry.

For Harry sells Arthur a curious egg timer like device. But this device could never time an egg. It is a device for traversing through time.

Somehow Arthur and the egg timer inadvertently transports Grand Duchess Tatiana Nikolaevna from 1914, just prior to the brutal murder of her entire family, back with him to his seaside cottage in modern day South Africa.

They challenge Harry who reveals that there are two such time travelling egg timers. And that he had lost one under circumstances that caused the death of his beloved wife.

Arthur (renamed Arty by Tatiana) and Tatiana are then propelled on a series of wild adventures back through the slipstream of time to witness at first hand a number of historical events.

But a evil jewel thief by the name of Winston Peabody is fast behind them, for he wants both egg timers.

Will true love prevail? Will the wicked jewel thief succeed?

This book is an exceptionally well-written tale that makes you care for the characters from very early on.

What happens to Arty and Tatiana? Will they discover true love together, or be ripped apart forever by the egg timer?

For an extremely modest purchase price of £13.99 you can buy this 445 page long paperback and find out!

I can heartily recommend this quirky and original book to you.

The Boy Who Cried Wolf 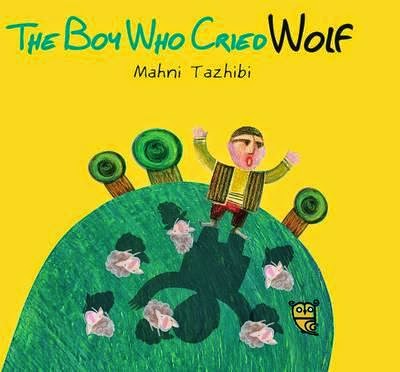 This is a masterful retelling of one of Aesop's Fables.

It is retold by Mahni Tazhibi. Originally written in Persian it has been skillfully and sympathetically translated by Azita Rassi.

The evocative and colourful illustrations are by Mahni Tazhibi, himself.

It is published by Tiny Owl Publishing and is in large format, so is a beautiful book for sharing with children and for children to read by themselves.

It tells the traditional story of how a young and bored shepherd boy tricks his fellow villagers many times into running out into the sheep pastures with his false alarm call warning them that a wolf has got into the sheep.

Eventually a wolf really does come to the flock of sheep and when the shepherd boy cries out for help, this time, nobody comes, with the inevitable result.

It costs £11.99 and is beautifully produced.

It will make an ideal birthday present or an ideal item to be placed in the forward planning Christmas present box!

Armageddon Fed Up With this A Gunner's Tale 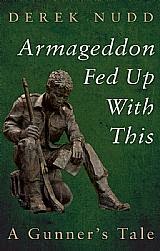 Armageddon Fed Up With this A Gunner's Tale, is by Derk Nudd.

It relates the story of his father Eric Nudd, and his wartime experiences.

Millions of men (and women, too, for that matter) had wartime experiences that perhaps equalled or even excelled those of Eric Nudd.

So, what made Eric Nudd so different? This is the part of his life that I find so interesting, he was a journalist (Fleet Street, no less, at a time when working on Fleet Street had more than a little cache to it) a prolific writer of letters and an author of a number of poems.

Eric Nudd was able, by sending letters home to his family, to paint a highly accurate and vivid picture of the actions of an ordinary gunner at work.

Due to a number of circumstances (a hitherto unidentified flair for mathematics being one) Eric passed through a number of roles such as a gunner in a heavy anti-aircraft unit to becoming heavily involved in the high tech world of RADAR.

Derek Nudd has taken his father's letters home and has skillfully woven them into a rich tapestry that displays what the war was like for an ordinary chap (basically a bloke who was a civilian really, but who had to don the guise of a soldier because Hitler insisted on doing what despots always do, undertaking despotic acts) who had an extraordinary ability with the pen (he was an outstandingly good artist)  and the typewriter.

Indeed he wrote and produced some superb newspapers (hand designed, naturally!) in all sorts of dangerous wartime locations.

The book shows Eric Nudd as a man of immense charm and wit, of outstanding abilities and a canny, yet kindly, observer of human nature.

The book contains a number of photographs and a collection of Eric's poetry, of a somewhat eclectic collection of ideas and themes.

Eric Nudd died at the tragically early age of 54.

Everyone should own a copy of this book and as it costs a mere £13.99 for a shade under 400 pages, it is worth every penny.

It is available to purchase at the That's Book and Entertainment Amazon-powered bookshop on the right hand side of this site.
Posted by Martin S at 00:58 No comments:

Tookey's Turkeys: The Most Annoying 144 films from the last 25 years 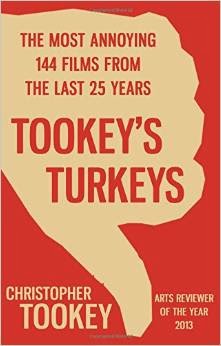 Film critic Christopher Tookey has seen thousands of films during his long career as a respected film critic.

This book contains a detailed description of 144 of the worst of these films.

It gives information as to the plot of the film with a description of what the film was about.

Tookey explains cogently exactly what it was about the film that he felt earned it the dubious honour of being declared on of "Tookey's Turkeys."

Sometimes he feels the film glorifies violence or sexual excess, with some the productions he feels they were bedevilled by a poor script, indifferent direction, dreadful casting blunders, bad cinematography, failed post-production work and sometimes a combination of all of the failings mentioned here.

Some of the films are award-winning and the list does contain some surprises (300 and Alexander, are just two examples) yet Tookey always trenchantly argues his point and reveals exactly why he thinks the film is a turkey. And does so very convincingly.

It has to be acknowledged that Tookey makes some good points and his argument that the BBFC has made some strange decisions in recent years and seems to have somewhat lost its way are not without merit.

The book covers failed or successful Hollywood blockbusters, European arthouse films, British films including The Boat That Rocked, which he quite justifiably skewered for a variety of reasons, and a rag bag conglomeration of  various foreign films.

He has a dry, somewhat acerbic wit that he employs to extremely good effect when pricking the bubble of a pompous ass of a director, actor or scriptwriter.

It is published by Matador at £12.99 and is a must have for every film and media student and every fan of the cinema, be they causal or dedicated. It will make an excellent birthday or Christmas present, for those of us who start buying Christmas presents early.

You can purchase this book and others at the That's Books and Entertainment book shop, that is powered by Amazon and can be found on the right hand side of this site. 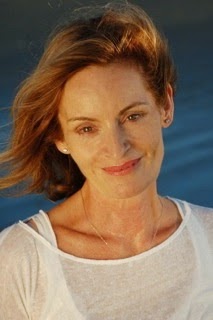 Whether you’re keen to join a ‘Jane Austen’ style book club, get into the nitty gritty of sci-fi, eager to stimulate your grey matter or just want to have a giggle with the girls over a glass of Sancerre, novelist Thérèse, aka; Lady Robinson gives her top tips on finding the right book group for you.

Here, Thérèse shares her own personal experience in joining a book club:
“Book clubs are as varied as any other kinds of club. You have to find the right one for you. Over the years I’ve joined many, but my current one is the best fit so far because it has the perfect balance for me and it’s hosted by a good friend.

"We donate to it annually to cover costs and support our local college. We meet four times a year and have dinner and wine together, then sit in a circle in comfy chairs while one person leads the discussion.

"I find it fascinating how passionate the discussions can get and I’ve made new friends through it. I’ve also had the opportunity to really stretch myself to read books I would never have discovered or persevered with alone.”

Therese’s tips:
1.      Look closely at the genre that interests you most. Is it classical literature, crime, commercial fiction, chick lit? European, Russian, American? Ask yourself if you’re open to being challenged. Maybe you want to delve out of your comfort zone, maybe not. Look for a club with the same interests as you.

2.      Start by asking friends if they belong to one. Find out a little about the format. How often do they meet? Is it free? What kind of people go? Do they have a glass of wine or coffee? What were the last two books they read and what are they reading now?

3.      It can be daunting to join any existing group on your own. If you are initially nervous about meeting new people why not take a friend along with you the first time.

4.      Nobody expects you to contribute at your first meeting. It’s natural to want to hold back. The best clubs are the ones where there’s no pressure for you to speak to the group until you feel really comfortable.

5.      Remember you aren’t going back to school. Don’t be intimidated. A little trial and error and you should find a group you connect with because people you like will tend to enjoy the same books as you do. If all else fails and you can’t find the perfect club then why not start one yourself?

Read more about Thérèse’s adventures at www.thereseblogs.com and pick up her latest novel ‘Letter from Paris’, published by The Story Plant and available from Amazon $11.71, as well as Kindle.

(EDITOR: Books (paper and Kindle) can be bought at That's Books and Entertainment by using the Amazon-powered shop which you will find on the right hand side of this page.)
Posted by Martin S at 09:55 No comments: