Good Neighbours an epic tale of myth,magic, history and more 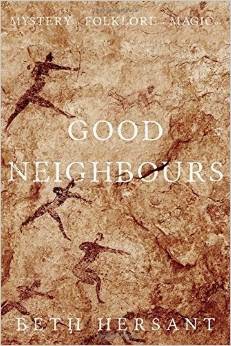 Good Neighbours, by Beth Hersant, is an epic tale of myth,magic, history and more. Much more.

It tells a story starting with the birth of an ancient tribe's medicine man, Myrddin.

Using the wonderful storytelling abilities of Beth Hersant it tells the story of the people, of our story, in a way, but in a way that is simply breathtaking in its intent and its scope.

It takes its readers on an incredible and truly epical journey telling the story of how we, as a people, began to be.

It deftly intertwines myth, religious thought, history and folklore to tell a story that spans an astonishingly vast range of time, from the Stoneage of 7,000BC, right through to our modern times.

It is like no other novel I have ever read, it's a fantasy novel, yet it is so much more than that.

Even though it is a novel it will help you to understand the how and why things have happened throughout the turbulent history of our island races, reflected in the myths of our island peoples.

I can heartily recommend this book.

The Royal British Legion and Her Majesty’s Government is calling on everyone to mark the 70th anniversary of Victory in Europe Day (VE Day) with a weekend of celebrations from the 8-10 May.   Local communities are being asked to come together and place the Second World War generation at the heart of the party.

Communities across the UK are being encouraged to organise or take part in celebrations which recognise and salute an extraordinary generation who played such an important part in our history. The Legion is working in partnership with the Government to mark the anniversary and hopes that community halls, public spaces and homes will be decked with bunting and playing music to recreate the celebrations of 70 years ago.

Below, The Royal British Legion shares some top tips and ideas for hosting a VE Day celebration:

3)      Eat for Victory! Use ration recipes to create the food for your celebration: www.veday.org.uk has lots of recipes on offer 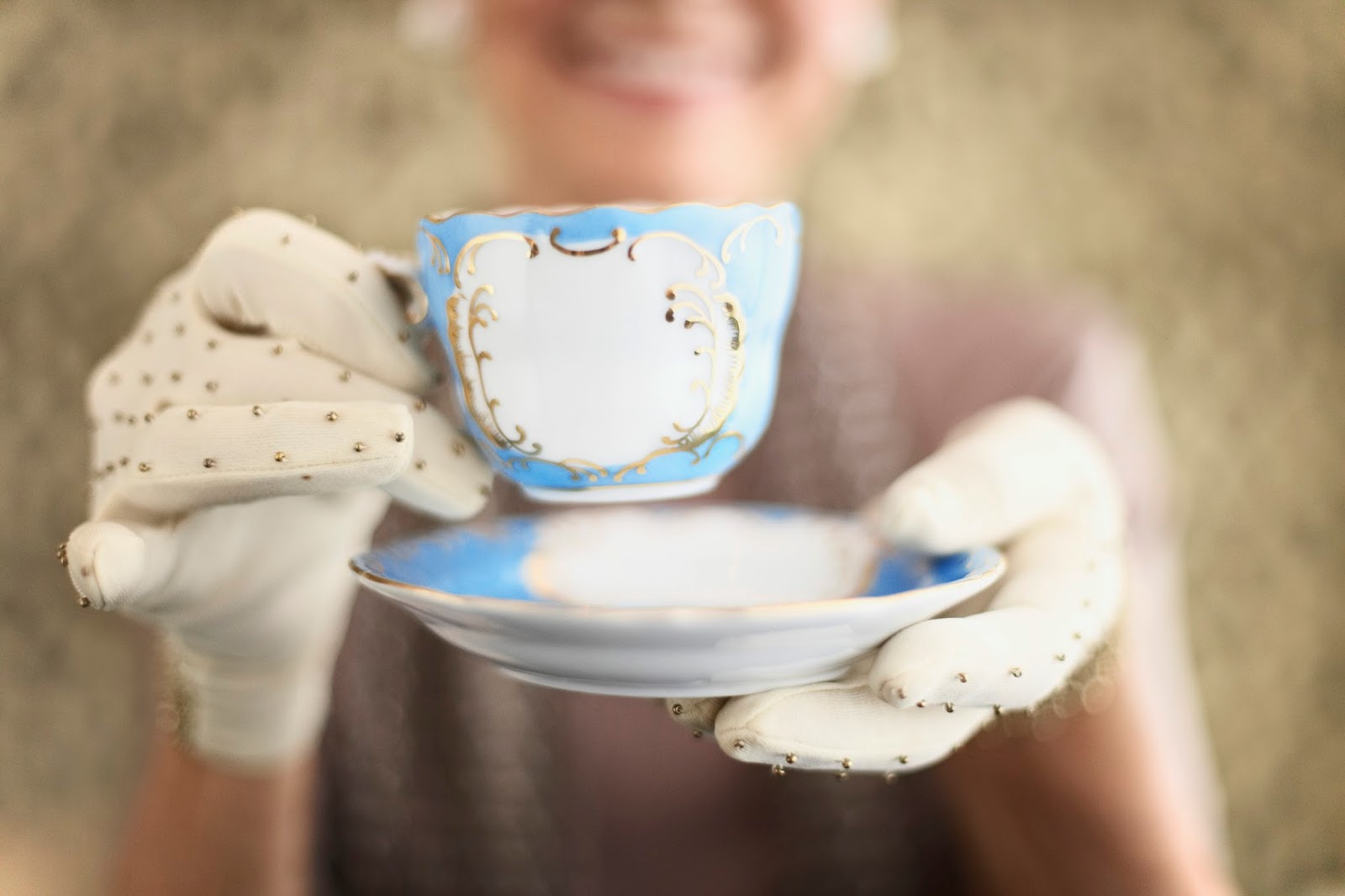 Community celebrations will reflect the national events taking place in London where Second World War veterans are invited to attend as the nation’s VIPs.  On Sunday 10 May, there will a Service of Thanksgiving at Westminster Abbey, followed by a parade from the Abbey to Horse Guards Parade and into St James’s Park, where the Legion will host a lunch reception for the veterans.

Veterans such as Eric Goldrein will experience the VE Day celebration on UK soil that he never had.  Eric, 94, from Hale Village, Liverpool, served with the Royal Artillery during the Second World War and was in Italy when the news came through that the war in Europe was over.

“We celebrated in a field, the Signallers set up speakers playing music and the locals came out and joined in too, happy that the war was finally over. I heard about the street parties back home and I’m looking forward to being part of these 70th Anniversary celebrations.”

Vice Admiral Peter Wilkinson CB CVO, National President of The Royal British Legion, said: “We are honoured to play our part in helping the nation mark 70 years since the end of the Second World War in Europe. The Legion has a responsibility to help the memories of those of who have fought and died in our nation’s Armed Forces live on for future generations. The commemoration of this conflict, still in living memory, gives us the opportunity to salute the Second World War generation.

“We hope all communities will use the VE Day 70 commemorations to thank them and celebrate the role they played in our nation’s history.”

If you don’t plan on organising an event yourself, you can find out what is happening in your local area at www.veday.org.uk or on local government websites www.gov.uk/veday70 .  The Legion’s microsite will also contain ideas and tips on event planning with décor and recipe inspiration.
Posted by Martin S at 01:53 No comments:

It Always Rains on Sundays 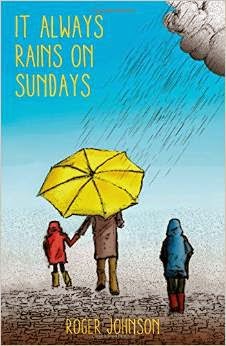 It Always Rains on Sundays is a new novel by Roger Johnson.

It's a amusing read that has the ability to make you laugh. A lot.

Colin Quirke is 40, he is a poetry lover and works as a librarian.

He has been happily wed to Cynthia for 13 years, they have two children and everything is wonderful at their home in swanky De Lacey Street.

That's Roger's take on his marriage. But if you were to ask Cynthia, she would have a different opinion. For Cynthia is bored. Dangerously bored.

A new couple move in to the house next door, Eddie and Avril, who have a motto that "life is for living!" and this involves hosting wild, noisy parties.

Avril decides to take Cynthia under her wing and the two women begin enjoying girlie nights out on the town.

But then, Eddie finds out that life is for living only until the moment you get killed in an unfortunate micro-light mishap.

Cynthia decides to help Avril get through her pain by taking her over the Atlantic to Miami.

But then along comes a chap called Kevin Ranker who is a bit of a Lothario with a reputation for wrecking marriages.

Will Cyn and Col go their separate ways? Does Colin even care? After all, love amongst the stacks could beckon with the new librarian colleague. Plus there's the delightful Alison at the local Poetry Society.

What on earth will happen next?

www.troubador.co.uk
Posted by Martin S at 20:17 No comments: 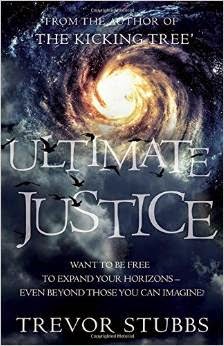 In his latest novel, Ultimate Justice, author Terry Stubbs continues to bring his readers the stories of his characters from his first novel, the Kicking Tree, another White Gates adventure.

You will rejoin Jack, Jalli, Momori and Matlida. How are their children doing as they grow up and progress through life on the planet Joh?

Where will they travel as they leave their planet and, once more, traverse the great universe to visit undiscovered, new worlds via the mysterious portals, the White Gates?

But each journey is more than just a journey. for they are being employed by a higher power who wishes their visits to bring hope and succour to these people.

Trevor Stubbs has an interesting philosophy of life: "I hate injustice and oppression, especially against the weak and the vulnerable and want to speak out."

Trevor uses his undoubted skills as a master storyteller and a magical weaver of tales to bring about such justice.

Ultimate Justice is published by Matador in paperback at £8.99.

www.troubador.co.uk/matador.
Posted by Martin S at 21:01 No comments:

Child of the Covenant

Child of the covenant is another book by author Kim Gravell.

It is Book Two of her Dark Places novels.

It continues where her first book leaves off.

It tells the continuing story of Aidan, Gwen and Eldritch, three very real and very fallible human beings who face a terrible dilemma.

A demon, kept bound for 100 years solely due to the sacrifice of one incredibly brave man, is breaking free again.

How can our three heroes and heroines hope to defeat the demonic force?

Will they succeed? If so, how?

Will one of them also have to make the ultimate sacrifice to save the whole of humanity? If so, who?

Set in the Wales that Kim Gravell knows so very well it is a clear winner of a book for those who like to dip their toes into the unseen realms.

It is published by Matador in paperback at £12.99.

www.troubador.co.uk/matador
Posted by Martin S at 20:25 No comments:

By the Knife by Steve Partridge 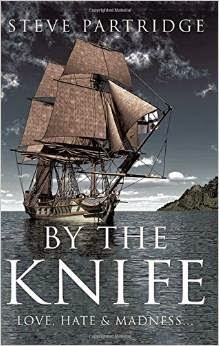 is subtitled Love, Hate and Madness..."

It tells the appalling story of the life of John Carter.

Born in the worst of the slums of the London of the eighteen century, to a prostitute mother who sold him into male prostitution at the age of nine, John Carter never had a chance.

An attack by a drunkard who was attempting to rape him led John Carter to kill him with the knife that he always carried about his person.

This simple act of self-defence brought a change to John Carter.
Soo after his first murder he had murdered a client, a wealthy magistrate, and he discovered within him a love for torturing his victims to death with his knife.

He flees London with the Dutch captain of a ship and sets off for a life of maritime adventures and ruthless, psychopathic murders.

Eventually he is promoted to the position of Lieutenant.

Resd this truly engrossing book to find out!

The book touches on many issues such as the dreadful treatment of sailors, the iniquitous slave trade and takes a look at eighteenth century life that is gritty and realistic.

It is very well researched and it is a very worthwhile book by Steve Partridge.

It is published by Matador in paperback at the very reasonable price of £12.99.