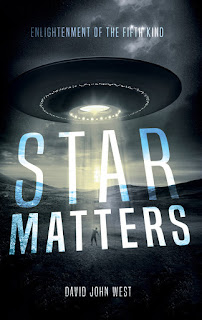 There are some people on Earth who think we have been visited by alien visitors. Some promulgators of conspiracy theories claim that our governments are fully aware of the truth of these alien visitations, but are deliberately keeping the rest of humanity in the dark. The conspiracy theorists are entirely correct.

In times long past, the nascent human race on planet Earth came to the attention of a race known as the Dawn of Gaya, due to its spiritual awareness.

A number of specially chosen Guides were sent to the planet Earth, and have remained amongst humanity ever since, offering assistance with all significant philosophical and technological advances and discoveries.

Member of the race known as Dawn of Gaya, Amily has been given the role of secretly and discretely preparing the human race for the time when it will be ready for joining with the more advanced human races that are covering the galaxy.

However, the Spargar are a race that are rivals to the Dawn of Gaya. Their only aim is to trap and ensnare emerging races into their system, locking them into their technological and computing network.

The Spargar plan to invade planet Earth for their own nefarious purposes. But not if Amily, born of human and Gaya parentage and the race of Gaya have anything to do with it.