The Woodcarver of Krakow 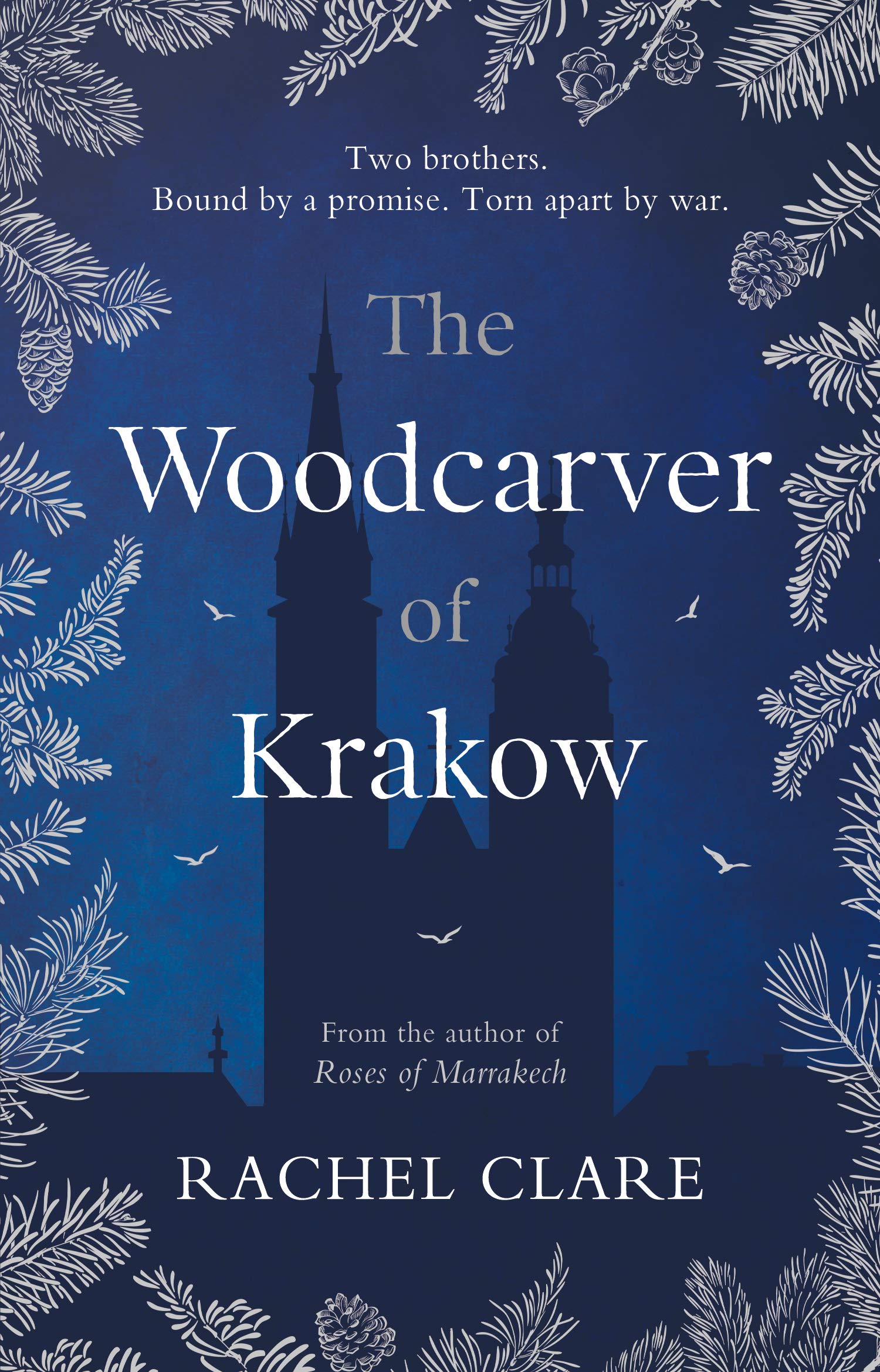 In her second novel, The Woodcarver of Krakow, Rachel Clare brings to her readers the story of two brothers.

Tadeusz and Jacek Lewandowski are two brother who are bound together by a very firm bond of brotherly affection.

Their life is disrupted when their father is away with the Polish Army and they lose their mother under tragic circumstances.

As a result they must go and live with their highly skilled woodcarver grandfather in the Tatra Mountains. Their childhood their is idyllic and they are safe and content in the knowledge that they are together and will always be their, one for another.

But that certainty and their idyllic life is brutally smashed to pieces by the arrival of the 1939 alliance of Nazi German and Soviet Union soldiers as they both march into Poland.

Tad has to abandon his studies at university and he must flee for his life across enemy occupied Europe. The passage across Europe is a perilous one, but the lessons of his brother Jacek help him to succeed. Eventually he finds himself in the Lancashire coastal town of Blackpool, where there was a large number of Poles at the Polish Air Force Training Centre, who were loyal to the cause of freeing Poland from Nazi and Soviet occupation.

He joins the Polish Air Force and helps fight against the might of the German armed forces.

One brother would return, one would not.

This is a remarkably well-research and beautifully written novel that captures in intimate detail the harrowing and sadly true stories of so many families who gave so much and suffered so much during the war to free Poland.

It needs to be in the Christmas stocking of anyone who loves a good, well-written piece of historical fiction with a hint of romance.