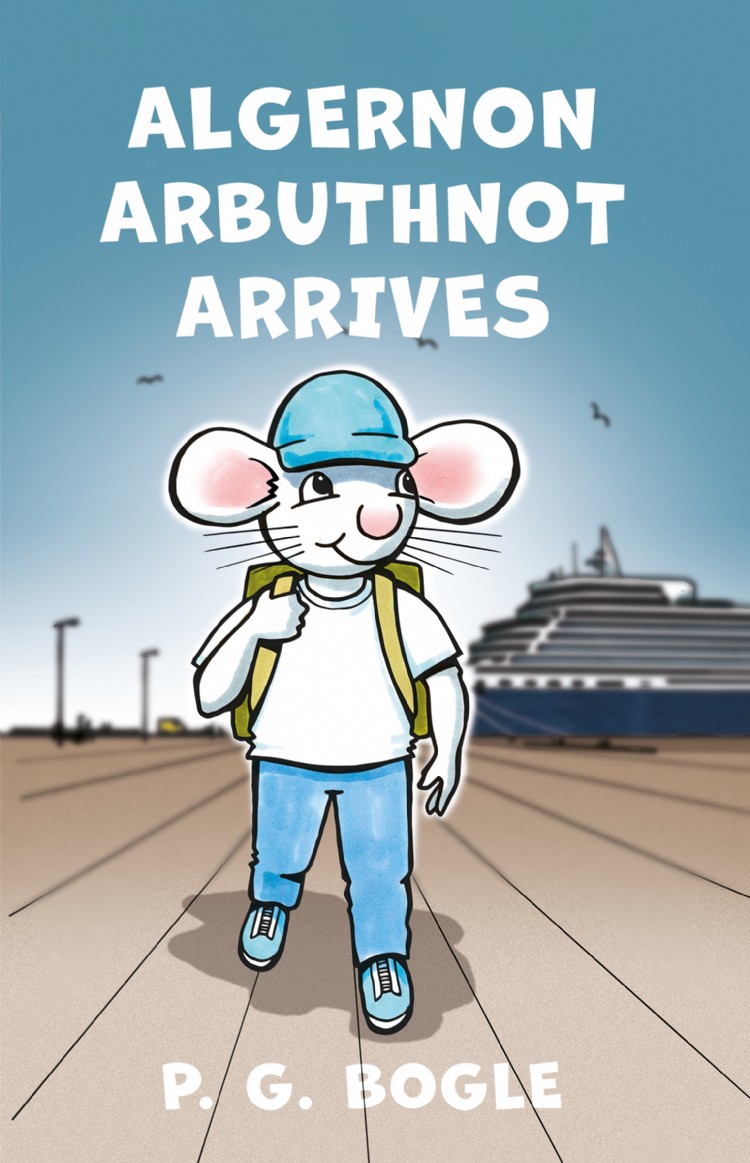 Algernon Arbuthnot Arrives is a wonderful story for children.

P. G. Bogle tells what happens when a suitcase is opened after their family has arrived back from a cruise on an ocean liner and Luke and Lexi meet Algernon Arbuthnot, who has arrived at their home, with them.

The remarkable thing? Algernon Arbuthnot is a small white mouse who can talk.

He reveals that he has descended from a popular Hollywood movie star, who had been on a Grand Tour of Europe.

The children convince their parents to allow  Algernon Arbuthnot to stay with them (as their pet white mouse) after an interesting first night Luke and Lexi introduce Algernon to their Aunt Rita who has a background in fashion and is able to turn her skills to creating an absolutely stunning wardrobe of clothing for his trip.

So, what on earth could go wrong? Unfortunately quite a lot. In fact, a great deal, because Algernon has the ability to bring chaos and confusion when there was none!

The family join him on the Grand Tour. Algernon boasts about the great and daring deeds of his ancestors, but are they really what happened?

This is a fantastic present for any child of nine and above, or younger if they are an advanced reader.

It's from Matador at £6.99 and will be ideal for family reading sessions and bedtime stories.