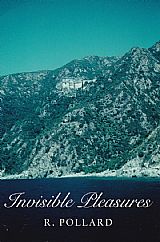 Although he was trained to be an architect, it has always been the burning desire of R. Pollard to write a book and this is that book, written under the main literary influences upon the author, Dostoevsky, Naipaul and Proust.

The book is a mixture of a paean  to unrequited love and a travelogue to a variety of far flung locations around the world before the march of "progress" rendered them less than they once where.

The book explores the first tremors of his imagination  as a young child, it then touches on his memories of the Second world War, then it cavorts through the wild and exuberant life of London in the vibrant and exciting swinging sixties.

It then shifts focus to the other side of the world where he finds gainful employment as an architect in both Borneo and Malaya.

But as well as being an amusing and agreeable travelogue memoir and as the French might put it an "la mémoire de l'amour" it also raises some deep and, perhaps pertinent, questions such as "What are we?" and "Where are we coming from or going?" (This is looked at from the divine or the humanistic perspectives.)

The book is well-written. Extremely well-written. We read, well, almost live, really to horrific and confused life of Great Grandmother Dix, (who was "all of a much sweat!" of how he meets a variety of characters falls in love with some, falls out of love with some and lives life as fully as he could.

There are also little discursive trips down memory lane -what it is like for a toddler to fill its nappy- and a brief but edifying discussion on the deeper philosophical undercurrents of Robocop.

And there are a panoply of bon mots that season this delightful book.

It is the author's first. Hopefully it will not be his last.

It is published by Matador at £12.99 and can be bought at the That's Books and Entertainment Bookshop, which you'll find to the right of this review.
Posted by Martin S at 16:15