Pendragon Rebel With a Cause 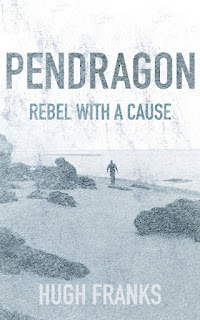 Pendragon Rebel With a Cause is a romantic tale.

It tells the story of a Welsh chieftain who sets out to prove that love can conquer all.

It's a multi-layered book, with interweavings of the spirit of Pendragon, the ancient Welsh chieftain, with the life of a very modern young Welshman by the name of Dewi.

Dewi declines to be browbeaten by his Welsh nationalist friends who, because they know they are right, think this gives them carte blanche to bully Dewi.

But Dewi decides to show them and the world that love can conquer all.

There's the swirling emotions of hatred and of love, and also of life and death that permeate this moving romantic novel.

Will a miracle happen for Dewi? If it does, would he recognise it for what it was? And would it make any significant difference, in any case?

The book takes the reader through modern day and ancient Wales, combining and mixing the two in a way that will resonate with everyone with even a tiny speck of Welsh blood within them.

It costs £9.99 and is published by the Book Guild. It is available via the That's Books and Entertainment Bookshop, just to the right of this review.