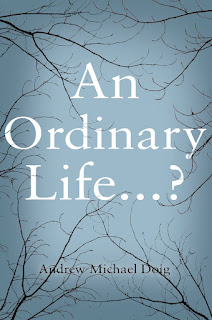 An Ordinary Life...? is an inspirational and uplifting memoir from Andrew Michael Doig.

Andrew is a spiritual healing medium and, through his book, he hopes to allow others to look into the world of spiritualism.

Andrew has visited many spiritualist centres throughout Britain and also in Sweden.

As a result he has participated in hundreds of seances and in many different groups.

He reveals how he made his first steps into spiritualism, how he was able to witness things that would defy so-called rational explanation, from mediumship to becoming involved in what he describes as rescue work.

He has developed his own skills such as clairvoyance and clairsentience and also enjoyed allowing spirits to use him to create psychic artworks.

It is a fascinating book and will make a superb Christmas gift for someone who is interested in spiritual matters.