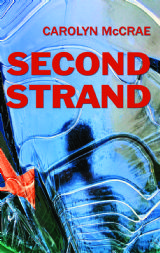 Alex and Teri are in a difficult situation. They have been together for 12 years and they are now on the verge of splitting up and and going their separate ways.

However, an elderly neighbour is found dying, which forces them to put their plans on hold at least for the immediate future.

But the police have decided that their only suspect for the killing is Alex and he quickly vanishes, leaving no trace.

Teri decides that she must know what has happened and wants, obviously, to know where Alex is, so she hires two private  investigators, Skye and Fergal, to find Alex and to see what they could find out about the death of their late neighbour.

However, Skye and Fergal uncover some rather startling facts about a hitherto unknown link between Alex and the victim, a link that proves surprisingly difficult to trace.

Skye and Fergal are sure that Alex is innocent, however they realise that the murder is actually linked to another, as yet, unsolved slaying in the same town two years previously.

Is Alex innocent? And if Alex is innocent, what is the exact nature of the link between Alex and the latest murder victim? And who committed both murders?

It's a very intelligently written book and explores not only the traditional nuts and bolts of a murder mystery but examines the frailties of human relationships and how things can go wrong without people even noticing.

This book is heartily recommended as the ideal stocking filler for the mystery novel reader in your life. Or it might even make an even better present for you!

You can buy it at the That's Book and Entertainment book shop, which you will find just to the right hand side of this book review. Along with a whole plethora of other books and a wide range of gifts, presents and Christmas foods and drinks.